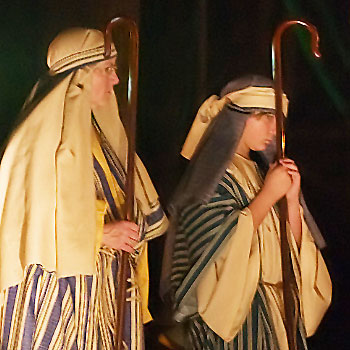 The shepherds were the first to be told of the birth of Jesus. A shepherd costume is essential for a Christmas play. You’ll need robes, headpieces, tunics and crooks for all the shepherds. Mix up the patterns and colors so the shepherds don’t look all alike.

photo credit: The wisemen at the Nativity scene by NCBrian, on Flickr.

Shepherds can be portrayed by boys, men or a mix of both. Other children can play the parts of sheep, or you can use sheep cutouts or even a painted backdrop of a flock of sheep. These are three great shepherd costumes for boys. 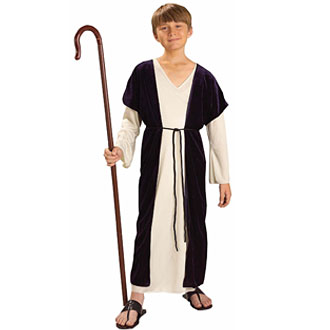 This is a simple shepherd’s outfit, a long dark velvety robe over a long sleeve v-neck tunic with a brown rope belt. 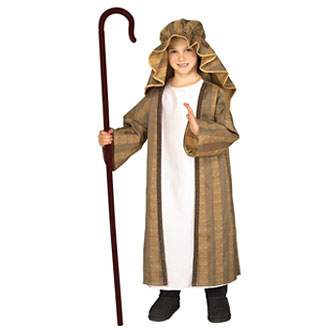 Here’s a comfortable pull-over robe in striped shades of brown with a cool shepherd’s headpiece to match. 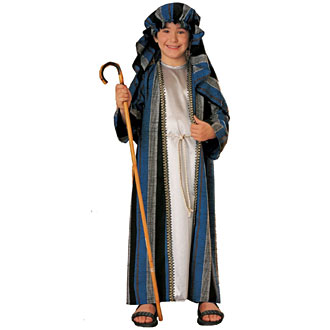 The shepherds were the first ones told of the Birth of Jesus. They went to the stable to find Joseph, Mary and the Baby Jesus, just as the angel had said. Here are three shepherd costumes for adult men. 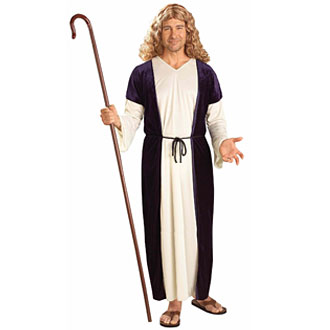 This is an adult version of the boy’s costume, a simple long dark velvety robe over a long sleeve v-neck tunic with a brown rope belt. 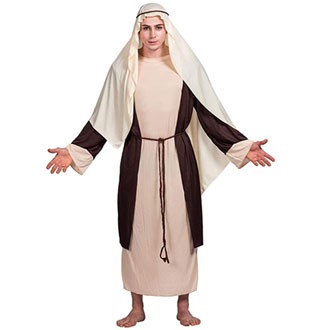 This is a perfect shepherd costume, a simple tan tunic with an attached brown overcoat and a rope belt. The headpiece is stretchy and ties around the head.

One Size Fits Most.

The shepherds used the crook to navigate the rocky hills and to rescue an errant sheep. Get one to complete your shepherd costume. This brown shepherd’s crook is 68″ tall. It comes in four pieces that are easily assembled. You can even leave off a piece to make it smaller for a child to carry.

Either of these wigs with beards would be a good look on a shepherd. 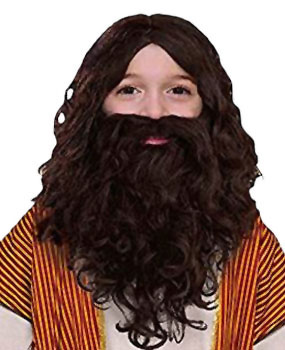 This Biblical beard and wig set for a child is a wavy brown full beard and a wig — great for any Biblical costume! 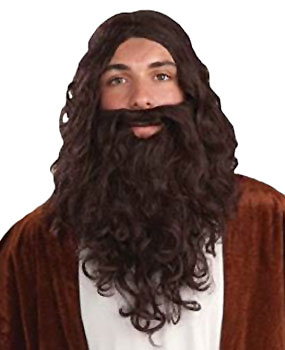 This Biblical wig and beard set for an adult is a slightly curled dark brown full beard and a shoulder length hair wig with a middle part.

“Then, as soon as the angels had left them and returned to Heaven, the shepherds said to one another, ‘Let us now go over as far as Bethlehem and see this that has happened, which the Lord has made known to us.’

“So they made haste and came and found Mary and Joseph, with the babe lying in the manger.

” And when they saw the child, they told what had been said to them about Him; and all who listened were astonished at what the shepherds told them.

“But Mary treasured up all these things, often dwelling on them in her mind.

“And the shepherds returned, glorifying and praising God for all that they had heard and seen in accordance with the announcement made to them.”